Here is our list of the best movies on Aspergers Syndrome and Autism.
These are all movies we have enjoyed watching in the past and have found many of them very moving and inspirational. Many of these films feature adults and children with Autism or Asperger’s Syndrome.
We hope you enjoy them too and please let us know if there are any that we have missed out. As an Amazon Associate I earn from qualifying purchases. 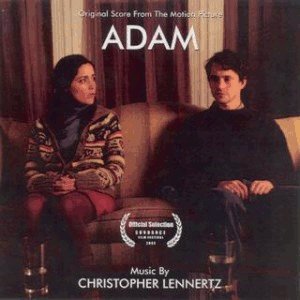 Adam is a brilliant love story that debuted in 2009 and takes place in bustling New York City. The movie is about Adam’s life as a shy and lonesome man with Asperger’s Syndrome. Actor Hugh Dancy stars as Adam and his keen abilities as a performer shine through as he portrays Adam with very real and believable Asperger’s mannerisms. Dancy’s performance draws the viewer in to understand Adam’s plight as he meets and develops a friendship with his new neighbor, a pretty kindergarten teacher named Beth played by Rose Byrne. Adam struggles to communicate with Beth and often finds it easier to recite interesting facts that he knows about various subjects, including his favorite, space exploration. Adam knows everything about astronomy in detail and his knowledge intrigues Beth. Through their many awkward and often comical moments, a meaningful relationship unfolds between Adam and Beth.

My Name is Khan – Not Rated 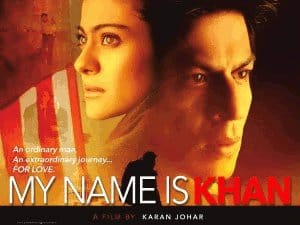 My Name Is Khan

The movie, “My Name is Khan” is a story that becomes undone after September 11, 2001. The United States changed rapidly after the terrorist assault, and much of the country became fearful of Muslim people. Rizvan Khan, played by actor Shah Rukh Khan, is originally a Muslim from India. He is a gentle person who endures the difficulties caused by Asperger’s Syndrome. Until that fateful day, Rizvan lives a somewhat normal life in America. He meets and marries a Hindu woman named Mandira played by Kajol Devgan. They create a good life together, but once Mandira’s son becomes a victim of an attack on Muslims, she sends Rizvan away. The remainder of the movie finds Rizvan on a quest to make things right and win back his wife. My Name Is Khan sends a message of open-mindedness to the world and sheds some light on understanding both the difficulties of Asperger’s and the sometimes ominous Muslim ways.

Mozart and the Whale – Rated PG13 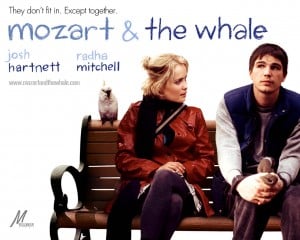 The movie Mozart & The Whale is based on the book about the lives of Jerry and Mary Newport, two adults who fell in love and are each affected with Asperger’s Disorder. In the movie, the couple is Donald played by Josh Hartnett and Isabella played by Radha Mitchell. The two become acquainted through a group Donald creates for autistic adults to interact with each other and to help prevent the loneliness that often occurs for people with Asperger’s. As the two become a couple, they grapple with their differences in daily social situations and learn various coping methods. Donald and Isabella each possess unique talents, but the difficulties of their pasts give them something in common that helps create a strong bond between them.

The actors do an excellent job of portraying the couple. The story is well written, believable and at the same time, it gives the audience a new understanding of the fact that everyone faces challenges in life. “Mozart and the Whale” was filmed in 2004 in the heart of Spokane, Washington. The movie highlights the beauty of the city and its special attractions. It is a must see movie for anyone interested in Asperger’s Disorder. 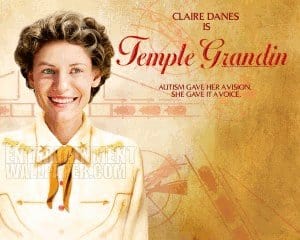 This movie is the real life story of Temple Grandin. It illustrates Temple Grandins’ struggle with autism and her subsequent achievements in life. Not only did Temple find a way to overcome the emotional distress, but she also gained a Phd in animal science and became an internationally recognized speaker in the Autistic community. Inspired by generations of people diagnosed with Autism Temple Grandin is truly an example to us all. 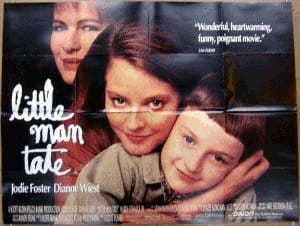 Little Man Tate came out in 1991. It is about a young genius who has some Asperger’s traits and his single, loving, hard-working, and very protective mother. The child is Fred Tate played by Adam Hann-Byrd. He has the ability to solve complex math problems in his mind and is an expert piano player. Fred gets nervous when too many adults give him attention and he depends on the sheltering of his mom Dede, played by actress and the “Little Man Tate” director, Jodie Foster.

As Fred’s obvious talents gain more attention, a child psychologist who owns a school for gifted children enters the picture. She pressures Dede to enroll Fred in her school but Dede struggles because she knows her child and puts major importance on Fred’s life being lived as normal as possible.

Little Man Tate is a story about triumph over adversity. The characters learn wonderful things about themselves and each other. The movie looks at the life of a young child prodigy and determines how to find a healthy balance in a world that can sometimes be less than kind to those who are different. 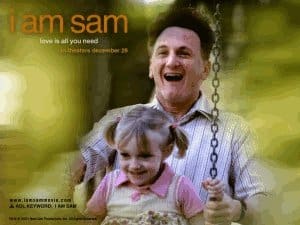 I Am Sam : Widescreen Edition

“I Am Sam” is an emotionally powerful movie about the love between a parent and his child. Actor Sean Penn is Sam Dawson, a developmentally disabled single father who is raising his little daughter Lucy, played by Dakota Fanning. The child’s mother abandoned them shortly after Lucy’s birth, but Sam has done an excellent job of loving and caring for his daughter. Sam also has a marvelous support group of mentally challenged friends and a neighbor woman that help him care for Lucy.

As Lucy gets older and is attending school, she begins to realize that her Daddy is different from the other Daddies and she understands that he has learning disabilities. The other children tease her, but Lucy and Sam have a strong and loving bond that is unshakable. The authorities enter the picture and eventually move Lucy to a foster home where they feel she will receive better care, but Sam and Lucy will not have it.

As Sam prepares to fight for custody of his daughter, he seeks help from attorney Rita Harrison, played by Michelle Pfeiffer. Each of the actors delivers exceptional performances and “I Am Sam” sends out an overwhelming message of the power of unconditional love. The music soundtrack that is comprised of favorite Beatles tunes, offers a delightful addition for moviegoers.

If there are any movies that you think should be on the list but aren’t, leave us a comment below

Tae Kwon Do and Aspergers