Do you suspect you or someone you know has Aspergers? Take this short online Autism / Aspergers Test developed by the Cambridge Autism Research Center.

Do I have aspergers?

This is a question that really requires the use of the AQ test or a more formal medical diagnosis.
Traditionally Asperger Syndrome had been a unique diagnosis of neurodevelopment disorders.  This became grouped under the category of autism spectrum disorders as part of the Diagnostic and Statistical manual.

You have probably arrived at this page because you suspect yourself or someone you care about has Aspergers Syndrome (AS) or High Functioning Autism (HFA).  It hasn’t been until the past ten years or so that adults have begun to become aware that they may have an autism spectrum disorder which is effecting their mental health.

Now with many celebrities and successful business people proclaiming that they have the condition there has been a massive increase in the number of people looking for advice diagnosis or treatment. This is particularly so for those in the field of engineering or computer sciences where a certain level of introversion in the industry tends to attract those with an autism spectrum disorder who avoid social situations, eye contact and have difficulty interpreting body language.

What is Asperger’s Syndrome?

Traditionally Asperger Syndrome had been a unique diagnosis of neurodevelopment disorders.  This became grouped under the category of autism spectrum disorders as part of the Diagnostic and Statistical manual.

What are the symptoms of autism?

There are various different characteristics that one may observe in an individual with autism. These may include:
Challenges with social interaction
Maintaining eye contact
Social awareness -understanding social clues such as facial expressions, body language, tones of voice and sarcasm
Sensitivity to sensory input
Obsessive interests
Strong imagination
Intense attention to detail

One of the behaviours exhibited is a tendency to identify patterns and recall phone or car number plates.

Is the test result different in women 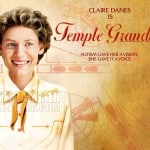 It is important to note that the effects of autism spectrum disorders are different in women to men. The average score for women with Asperger’s Syndrome or High Functioning Autism is usually about 5 points higher than for men.
As a general screening tool this questionnaire on this site is is still effective for the purpose of diagnosis.

How do you test for Aspergers?

On this site we use the Autism Quotient or AQ test which gives a score at the end of it. The score is indicative of the degree to which an individual is on the autism spectrum.

The test is completely FREE and is comprised of a number of multiple choice questions. At the end of the test you will receive a score which can be used to assess the likelihood of having Asperger’s Syndrome or Autism.

Hundreds of thousands of people have taken the aspergers test since its creation and it has proved to be an effective screening mechanism in the diagnosis of AS. It can be used by adults, including parents taking the test on behalf of their children.

Who designed the Asperger’s AQ Test?

This short multiple choice questionnaire known as the Autism Spectrum Quotient or AQ Test was developed by Simon Baron-Cohen and his colleagues from the Cambridge Autism Research Centre. Its goal was to provide a simple screening mechanism that could be used by doctors/general practitioners as a basis for referring patients for a more formal Asperger’s Syndrome evaluation. More information about the test format can be found here.

How long does the AQ Aspergers test take?

The quiz, which takes less than 7 minutes to complete the evaluation. It explores different criteria to give a result.

It should be noted that this is not a replacement for seeing a mental health expert.

Please note, for privacy reasons we do not store the results of the AQ test.

It is important to note that while this test can be used to give an indication of the likelihood of having Asperger’s Syndrome, it is not meant to replace a formal medical diagnosis. It is recommended that you visit your doctor if you are concerned. Please see our guide on getting an official diagnosis and answers to other frequently asked questions at www.AspergersTestSite.com.

So are you ready?