The relationship between Aspergers and depression

Sadly, depression is part of life for those living with Asperger’s syndrome. Yet it appears to be an often-ignored part of the condition.

According to research carried out in the University of Gothenburg up to 70% of young Adults with Aspergers Syndrome suffer from depression. This is in stark contrast to the 18% depression rate in the general population.

Even though individuals with autism are more likely to become depressed, they are less likely to pursue treatment because they may rather internalize the pain they are feeling than seek outside assistance. It also possible that they may be unable to articulate what exactly it is they are feeling. Difficulty in reading the facial expressions and body language of people who are on the autistic spectrum also means that depression is not easily observable from the outside.

Whether the depression is a result of social stigmatization, low self-worth or other causes, the end result is the same:  a deep feeling of isolation, loss of motivation, immense sadness, and deeply impaired quality of life. In addition to the regular symptoms of depression, people with autism may experience a worsening of communication skills, repetitive movements, compulsions, isolation and changes in time perception.

There are two main causes of depression, the first is where past traumas and emotional buildup cause one to get depressed. The other is a chemical inbalance in the brain that causes a lack of serotonin (the happy chemical) to be produced.

While the chemical imbalance seems to be an easy explanation in the majority of cases, it is often not directly the case with adults with aspergers. Living with autism and aspergers, there is often a daily struggle that takes place involving obsessive behavior, alienation and coordination problems. An inability to communicate or express the feelings that get raised from these circumstances often brings on the onset of depression. When one thinks about the word itself: depression, it is actually the opposite of expression.

Regardless of the exact causes, the fact remains that this problem clearly exists and needs to be dealt with on a larger scale than has been previously done by the medical and social professions.

The most effective ways to combat both anxiety and depression are always exercise and meditation. These flagship treatments are repeated so often that one may believe that they are simply hearsay from people who do not know what they are talking about. Especially in a depressive state, this may seem like a reasonable and acceptable explanation. It is not. This is absolutely not the case. The most common cause of depression in any individual is lack of exercise or the inability to control intrusive thoughts, which are both effectively remedied by exercise and meditation.

Because both exercise and meditation release helpful neurotransmitters and jumpstart the brain’s regenerative capabilities, they should absolutely be the core of any treatment plan.

Too many people do not deal with depression until it actually occurs, but where is the harm in trying to prevent it? Staying active and mindful is a great asset to anyone, depressed or not. Especially in autism it is crucial to be wary of depression, since it quickly becomes progressively harder to treat. 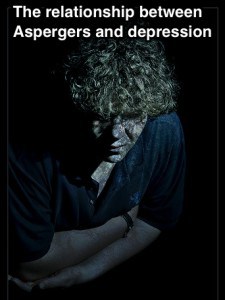 If regular exercise and meditation is not enough, one could try to search for a fulfilling hobby that can provide immersion to stop becoming engrossed in obsessive thoughts. This would provide a healthy distraction and possibly a way out of the initial stages of depression. Staying preoccupied is a coping strategy that works for a lot of people, but this highly depends on the individual.

Another common issue is the aversion to certain foods due to texture, color and taste. This hypersensitivity to certain sensory aspects of food leads the individual to avoid them. What is often not taken into consideration is that this can result in numerous nutritional deficiencies that significantly worsen depression. A lack of zinc, vitamin B6, B12, or D in the daily diet is an extremely common cause of depression.

It is important to notice the signs and symptoms of depression at their onset, and catch them while they are easily malleable and not yet internalized. This is necessary because the symptoms of autism, such as obsessive ruminations, can solidify a negative mindset and make it difficult to escape. One could argue that autism does not predispose to depression itself, but rather to preserving it once even a small episode occurs. The key here would be to focus more on reframing one’s own perspectives with the intent of prevention, rather than waiting to deal with something until it becomes too much of a burden. Therefore individuals with autism should realize the urgency of treatment, whether through therapy, medication, or a combination of both.

We would love to hear about your experiences with depression. Please leave us a comment in the box below.

Telling someone they have Aspergers Syndrome